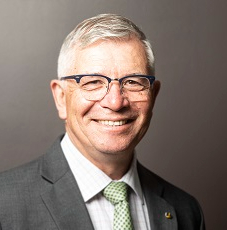 Professor Chicharo joined the University of Wollongong in 1985 as a Lecturer within the School of Electrical, Computer and Telecommunications Engineering. Prior to this appointment, he spent ten years working in the steel industry (BHP) firstly as a degree Trainee and subsequently as an Electrical Engineer and Senior Engineer. He has a distinguished academic and research track record having published over 230 refereed papers in prestigious journals and conferences. His research contributions are well cited and he has been the recipient of a number of best paper prizes such as by the Institute of Electrical and Electronics Engineers (IEEE). Professor Chicharo has been highly successful in attracting nationally competitive research grants as well as substantial industry sponsorship for research work at UOW.

Professor Joe Chicharo was awarded an Order of Merit (Portugal) (OM) in the 2007 Honours list to honour distinguished services in the public and private sphere.