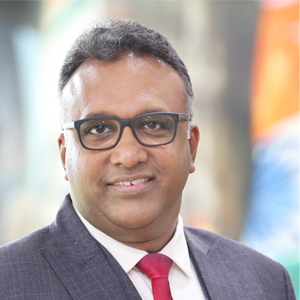 O.P. Jindal Global (Institution of Eminence Deemed To Be University)

Professor (Dr.) C. Raj Kumar, a Rhodes Scholar was appointed as the Founding Vice-Chancellor of O.P. Jindal Global (Institution of Eminence Deemed To Be University) in India at the age of 34. Professor Kumar also serves as the Director of the International Institute for Higher Education Research & Capacity Building (IIHEd). Professor Kumar has academic qualifications from the University of Oxford, Harvard University, University of Hong Kong, University of Delhi and Loyola College. He obtained his Bachelor of Civil Law (B.C.L.) degree at the University of Oxford, UK. He was a Landon Gammon Fellow at the Harvard Law School, USA, where he obtained his Master of Laws (LL.M.) degree and a James Souverine Gallo Memorial Scholar at the Harvard University. He was awarded the Doctor of Legal Science (S.J.D.) by the University of Hong Kong. He also obtained a Bachelor of Laws (LL.B.) degree from the University of Delhi, India; and a Bachelor of Commerce (B.Com.) degree from the Loyola College of the University of Madras, India. Professor Kumar’s areas of specialisation include human rights and development, terrorism and national security, corruption and governance, law and disaster management, comparative constitutional law and higher education. He has over one hundred and fifty publications to his credit including six books and has published widely in journals and law reviews in Australia, Hong Kong, India, Japan and the USA.