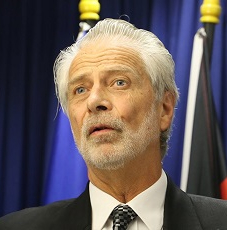 Since 2014 Professor and Executive Director, Centre for International Legal Studies, Jindal Global Law School and Advisor, International Office and Global Initiatives, O.P. Jindal Global (Institution of Eminence Deemed To Be University). Professor Eiriksson served with the United Nations in New York from 1974 to 1977. He then joined the Ministry for Foreign Affairs of Iceland and served as Assistant Legal Adviser, Legal Adviser and Ambassador of Iceland in Ottawa (2003 – 2005), Pretoria (2008 – 2009) and New Delhi (2009 – 2014). He was a member of the United Nations International Law Commission from 1987 to 1996 and a Judge at the International Tribunal for the Law of the Sea from 1996 to 2002. He was a member of Icelandic delegations in numerous international forums, including the Council of the North Atlantic Salmon Conservation Organization where he served as President from 1984 to 1988.
Professor Eiriksson has lectured on international law at 40 Universities, worldwide, including from 1987 to 1996 at the University of Iceland, from 1994 to 1995 at the University of New Mexico School of Law and from 2001 to 2003 and 2005 to 2008 at the University for Peace, where he co-founded and co-directed the Programme on International Law and Human Rights. Professor Eiriksson is the author of The International Tribunal for the Law of the Sea (Nijhoff, 2002) and numerous articles on the law of the sea, legal education, international criminal law, international organizations, international relations, disarmament and human rights. He holds an A.B. degree and a B.S. degree (Civil Engineering) from Rutgers, an LL.B. (Hon.) degree from King’s College, London and an LL.M. degree from Columbia Law School. He is a Fellow of King’s College, London.