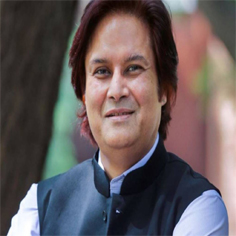 Dr. Shailendra Raj Mehta is the President and Director, MICA and Distinguished Professor for Innovation and Entrepreneurship at MICA. Before joining MICA, he was the Chairman of the Board of Management at Auro University where he served as Acting Vice Chancellor and Distinguished Professor of Strategy and Provost/Vice Chancellor of Ahmedabad University. After a 16 year stint at Purdue University where he taught Economics and Strategic Management, he returned to India in 2006-07 to head the collaboration between Duke CE (Duke University’s Corporate Education Arm) and IIM-Ahmedabad as Regional Managing Director for India, West Asia and the Middle East and as Visiting Professor of Business Policy at IIM-Ahmedabad.

He has his Bachelor’s and Master’s degrees from Delhi University (St. Stephen’s College and Delhi School of Economics, respectively), M.Phil from Balliol College, Oxford, and Ph.D. from Harvard. Dr. Mehta has done extensive research in the areas of Entrepreneurship, Industrial Organization, Information Economics and Experimental Economics. His research was the subject of a full-length review by The Economist. His work on creating world class universities has been discussed around the world and profiled in over ten languages including Chinese, Russian, French, German and Arabic among others.