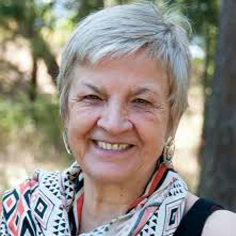 Maresi Nerad is the founding director of the Center for Innovation and Research in Graduate Education (CIRGE) and Professor for in Higher Education in the Leadership in Higher Education Program, College of Education, at the University of Washington, Seattle. A native of Germany, Dr. Nerad received her doctorate in higher education from the University of California, Berkeley; directed research in the central Graduate Division of UC Berkeley for 15 years; spent 2000 as Dean in Residence at the Council of Graduate Schools, the professional Association of US Graduate Deans, in Washington, D.C; joined the University of Washington (UW) in Seattle in 2001, and opened CIRGE in 2002.

She has written and edited 5 books and published numerous articles on doctoral education, the latest book appeared 2014, Globalization and it Impact on the Quality of the PhD, Sense Publishers.