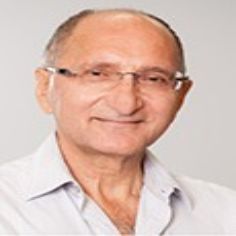 Dr. Anver Saloojee serves as Ryerson’s Assistant Vice President, International, providing university-wide strategic direction to Ryerson’s international activities and guides Ryerson’s evolution into a global urban university. Dr. Saloojee had led the development of the first law school, here at Ryerson University as the Dean of Record. Ryerson Law School will be the first new law school in Toronto since 1949 and will open its door to students in fall of 2020. A member of the Ryerson community for almost 30 years as sessional instructor, lecturer and professor in the Department of Politics and Public Administration, Dr. Saloojee has earned a number of awards including Ryerson Professor of the Year and the Alan Shepard Equity, Diversity and Inclusion Award. In 2005, he took on the role as special advisor to the presidency of the Government of South Africa, returning to Ryerson in 2008 and in 2014 was named special advisor to Ryerson’s President and Provost. Dr. Saloojee has an extensive record of service including a number of roles at the Canadian Association of University Teachers including vice-president as well as chair, equity committee. He has also served as president, Ryerson Faculty Association; president, Laidlaw Foundation; and president, Community Planning Council of Toronto.