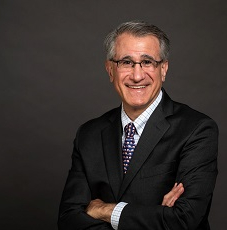 Anthony P. Monaco became the thirteenth president of Tufts University on August 1, 2011. An accomplished leader, scientist and teacher, Dr. Monaco brings to the Tufts presidency deep-rooted commitments to academic excellence, diversity, access and inclusion, a global perspective, and a keen awareness of the power of higher education to impact individuals and society. Under President Monaco’s leadership, the university has identified strategic directions and key initiatives that will support and enhance Tufts’ longstanding commitments to innovation, collaboration, civic life and global perspectives. Major educational initiatives of President Monaco’s tenure have included the acquisition of the School of the Museum of Fine Arts, enhancing the arts at Tufts. President Monaco is also deeply committed to the well-being of the campus community and currently chairs university-wide councils or steering committees dedicated to advancing diversity, equity and inclusion, preventing sexual misconduct, and supporting sustainability at Tufts. Each of these efforts builds on a comprehensive assessment of how Tufts could best put its values and institutional commitments into practice. From his first days at Tufts, President Monaco has been active in campus activities. He is a regular spectator at athletic events and routinely enjoys students’ music, dance, drama and other performances. He participates in training sessions for members of the Tufts community preparing for the Boston Marathon and supports them at the annual race. Many days he can be found swimming in the Hamilton Pool or joining students for a meal in one of the dining halls on the Medford/Somerville campus. As pro-vice-chancellor for planning and resources at Oxford University from 2007 until his arrival at Tufts, Dr. Monaco developed and led strategic-planning initiatives for academic programs, capital improvements and budgeting and resource allocation. He was an active steward of programs to make an Oxford education possible for students from a range of backgrounds. A distinguished geneticist, Dr. Monaco’s doctoral research led to a landmark discovery: the gene responsible for X-linked Duchenne and Becker muscular dystrophies.

At Oxford, he led the Neurogenetics Group, a team of scientists investigating the genetic underpinnings of such neurodevelopmental disorders as autism, specific language impairment, and dyslexia. His research group was the first to identify a gene (FOXP2) specifically involved in human speech and language. Dr. Monaco directed Oxford University’s Wellcome Trust Centre for Human Genetics from 1998-2007 and was then appointed as pro-vice-chancellor for planning and resources. At Tufts, President Monaco holds faculty appointments as a professor of biology in the School of Arts and Sciences and as a professor of neuroscience at Tufts University School of Medicine. A native of Wilmington, Delaware, he received his undergraduate degree from Princeton University in 1981, and his M.D. and Ph.D. through Harvard Medical School’s Medical Scientist Training Program, where he specialized in the genetics of neurological disorders. President Monaco was elected to the European Molecular Biology Organization (EMBO) in 2006 and the American Academy of Arts and Sciences in 2018, and is a fellow of the Academy of Medical Sciences (U.K.) and the Royal Society of Medicine and a member of the Association of American Physicians. Most recently, President Monaco has been a leader in defining higher education’s role supporting community needs in response to the COVID-19 public health crisis.  As a member of the Testing Working Group, joining with other university presidents in Massachusetts, President Monaco helped shape policies and testing protocols critical to universities supporting safe in-person instruction during the COVID-19 pandemic. President Monaco chairs the Steering Committee of the Talloires Network, whose more than 375 member institutions around the world are committed to advancing civic engagement in higher education. He has served as the Chair of the Board of the Association of Independent Colleges and Universities of Massachusetts and the New England Small College Athletic Conference. He also serves on the boards of Cummings Foundation, Century Bank, the Omidyar-Tufts Microfinance Fund, Tufts Medical Center and Wellforce.