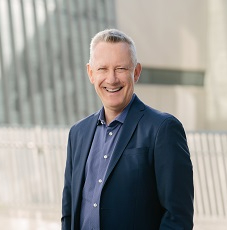 Professor Adam Shoemaker is the Vice-Chancellor and President of Victoria University. He is one of Australia’s leading researchers in the area of Indigenous literature and culture.

Canadian by birth, Professor Shoemaker holds an Honours Bachelor of Arts from Queen’s University and a PhD from the Australian National University.

Professor Shoemaker is the author or editor of nine books in the area of Indigenous Australian Literature and Culture, including Black Words, White Page and Aboriginal Australians: First Nations of an Ancient Continent.

Professor Shoemaker is a Commonwealth Scholar. He also has received a number of literary awards, including being highly commended for the Human Rights Awards, and winner of the Walter McRae Russell Award.