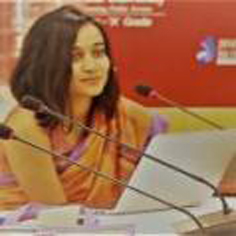 Prof. Kalyani Unkule is an Associate Professor, JGLS and Director & Head of the Office of Alumni Relations, JGU. Having completed her BA and MA degrees respectively in Economics and Social Work, in 2007 she was awarded the Erasmus Mundus scholarship to pursue MA/MSc Global Studies at London School of Economics and University of Leipzig. Returning to India in 2010, she held positions in Government and consulting before joining Jindal Global University in 2012. In 2011, Kalyani founded The Whiteboard Initiative to encourage stronger Higher Education ties between India and Europe, with support from the European Commission and her Erasmus Mundus alumni community. She has been a member of the Jean Monnet Network’s ‘EUCROSS’ (‘The European Union at the Crossroads of Global Order’) and The Global Working Group on International Students and Law Schools and remains passionately committed to promoting intercultural understanding and creating opportunities for educational exchanges between young people around the world. In her spare time she contributes columns on themes in spirituality to newspapers and blogs. She has published extensively on education philosophy, intercultural dialogue and international higher education, including a monograph in 2019 titled “Internationalising the University: A Spiritual Approach” with Palgrave Macmillan.