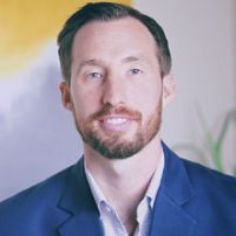 Jeremy founded the Jindal Centre for Social Innovation + Entrepreneurship (JSiE) at JGU in 2015. In 2017, JSiE received the SEE-Change Global Higher Education Institution (HEI) Award at the University of Oxford for creating innovation in social entrepreneurship education through developing partnerships at regional, national and international levels.

Originally from the USA, Jeremy began his career working with the U.S. Department of Treasury, where he helped supervise a portfolio of financial institutions in the aftermath of the Global Financial Crisis from 2008-2012. Jeremy was later selected to participate in the U.S. State Department Virtual Student Federal Service (VSFS) program working as a research assistant with both the U.S. State Department’s Foreign Service Institute and the U.S. Agency for International Development (USAID)’s Office of Global Climate Change.

Jeremy has published articles in the Journal of Social Entrepreneurship, Sustainability (MDPI), and the Stanford Social Innovation Review.  He has been a columnist with the Hindu BusinessLine and writing on the evolving role of business in the 21st century. Jeremy was awarded the Wall Street Journal Award for Academic Achievement in Finance at the Kelce School of Business, Pittsburg State University (USA) in 2008. Jeremy is a Clinton Foundation 20/30 Founding Member.