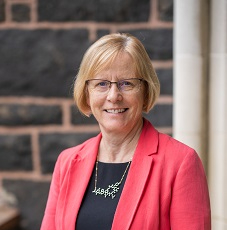 After graduating from the University of Bristol, Professor Nicholson worked as a doctor in hospital and community settings before taking up an academic position in the Department of Anatomy at Bristol. She moved to the University of Otago in 2000 to become Professor of Anatomy and subsequently became Head of the Department of Anatomy. In 2007 she was appointed Dean of the Otago School of Medical Sciences and in 2011 was the Acting Deputy Vice-Chancellor (Research and Enterprise).

Professor Nicholson continues to maintain an active research programme and publishes in the areas of clinical anatomy, male reproductive biology and medical education. She is member of the Executive of the International Federation of Associations of Anatomists and has been a member of the Winston Churchill Memorial Trust Board.  She is currently a member of the Council of the National University of Samoa, and the Governance groups for the Ageing Well and Healthier Lives National Science Challenges.