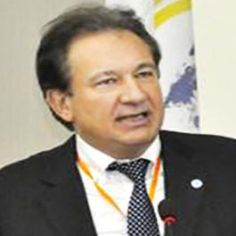 From 2004 till 2014 worked as Senior Academic Officer at the United Nations University in Tokyo. Prior to that was Senior Legal Expert for the EU project ‘Legal Protection of Individual Rights in Russia’ (2002-2004), Lecturer at the University of Exeter, UK (1999-2002), PhD student at King’s College London (1996-1999), and Bulgarian diplomat (1988-1996) serving in Sofia, New York and London. Member of the Advisory Board of the ‘Journal of International Humanitarian Legal Studies’; and the Editorial Boards of Journal ‘International Studies Review’ and ‘Sustainability Science’. Contributed to two major international initiatives: the International Commission on Intervention and State Sovereignty and its Report ‘Responsibility to Protect’ (2001), and the Princeton Project on Universal Jurisdiction, producing ‘The Princeton Principles of Universal Jurisdiction’ (2001).