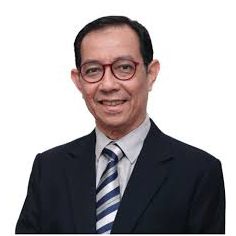 Dzulkifli Abdul Razak (or for short, Dzul) is currently the Rector of the International Islamic University Malaysia. He was the ‎Vice Chancellor of USM from 2000-2011. He is the immediate past president of the International Association of Universities (IAU), a UNESCO-affiliated organisation, based in Paris. He was the Convenor of the Regional Centre for Expertise on Education for Sustainable Development based in USM beginning 2005. Dzul was awarded the prestigious 2017 Gilbert Medal by Universitas 21 in recognition of “his long term commitment to a sustainable approach to international higher education.” He is a Fellow of the Academy of Sciences Malaysia (FASc), the World Academy of Art and Science (FWAAS) and the World Academy of Islamic Management (FWAIM).

He is an Honorary Professor at the University of Nottingham since 2014, and more recently appointed Senior Advisor at Asia-Europe Institute (AEI), UM. He is also the Co-Chair of Right Livelihood College Steering Committee based at University of Bonn, and an Advisory Board Member, Institute of Sustainable Development and Learning in Leuphana, Germany‎. He was an invited speaker at The 2015 Nobel Dialogue. For almost 25 years he writes weekly Op-Ed columns for various Malaysia news media like The New Straits Times, The Edge and The Sun.