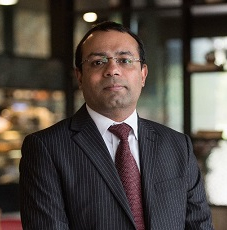 Prof Gopalan is the Vice Chancellor of Carolina University. He was previously the Pro Vice-Chancellor for Academic Innovation at Deakin University, Australia. Gopalan has been a leader in legal education — serving as dean of law schools and a law professor in Australia and Ireland. Prior to that, he was an associate professor at law schools in the US and UK. Before commencing his academic career, he was an investment banker on Wall Street, and a lawyer. Prof Gopalan has served as the Chairman of the Arizona Aerospace and Defense Commission, member of the Tempe Aviation Commission, co-chair of the American Bar Association Aerospace and Defense Industries Committee, and Insolvency and Restructuring Committee. He has also been a member of the ABA Commission on Immigration. Prof Gopalan was educated at Oxford University (BCL and D.Phil.), where he was a Rhodes Scholar, and at the National Law School of India. His legal research has been published in journals including at Georgetown, Northwestern, Columbia, Pepperdine, Buffalo, Rutgers, etc., whereas his business academic research has been published in journals such as the European Accounting Review. Gopalan is a regular media columnist and has been published by the New York Times, the Wall Street Journal, the Washington Examiner, The Hill, the Khaleej Times, Al Jazeera, The Straits Times, The Australian, the Irish Times, Irish Independent, The Indian Express, Times of India, etc. He has also appeared on a variety of TV and radio shows as an expert commentator.