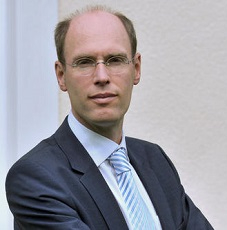 Among the first authors Alt read was Karl May: at the age of eight he read Winnetou I. Following his Abitur, Alt studied 1979 to 1984 German, political science, history and philosophy at the Freie Universitaet Berlin, where he received his doctorate in 1984 and accomplished his habilitation in 1993. From 1987 to 1992 he was a research assistant at the chair of Hans-Jürgen Schings at the Freie Universitaet, from 1992 to 1993 he held a habilitation fellowship from the German Research Foundation (DFG), and from 1994 to 1995 he was a Heisenberg Fellow of the DFG. 1995 he was appointed to a full professorship of Modern German Literature at the Ruhr University in Bochum; 2002 he moved to a chair at the University of Würzburg. Since 2005, he has been Professor of Modern German Literature at Freie Universitaet Berlin, succeeding his teacher Schings. Alt was director of the Dahlem Research School (Center for Graduate Studies) at the Freie Universitaet Berlin from 2008-2010, and also directed the Friedrich Schlegel Graduate School of Literary Studies from 2007-2010 (excellence funding from the German federal and state governments). He is and has been a member of numerous advisory boards (German Literature Archive Marbach, Ludwig Boltzmann Institute for the History and Theory of Biography) and a reviewer for the German Academic Exchange Service (DAAD). He has held guest lectureships in Trieste (Italy), among other places; research stays have taken him as a visiting scholar to the University of Cambridge, the USA (Princeton University), Italy (Rome, La Villa, Como) and the Czech Republic (Prague). From 2008 to 2020, Alt was on the board of the German Schiller Society (supporting association of the German Literature Archive), and acted as its president from 2012 to 2020. 12 May 2010, Alt was elected President of Freie Universitaet Berlin. His term of office began on 3 June 2010. He was re-elected for a second term on 30 April 2014. Following is presidency at Freie Universitaet Alt was elected president of the German Rectors’ Conference (HRK) in April 2018, succeeding Horst Hippler. Alt took office on 1 August 2018. On 27 April 2021, Alt was re-elected by the HRK General Assembly for a further three years as President from 1 August 2021.