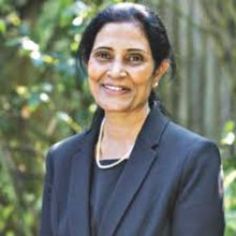 Professor Nirmala Rao is Vice-Chancellor of the Asian University for Women (AUW), Chittagong, Bangladesh. She was formerly Pro-Director at the School of Oriental and African Studies (SOAS) and as Pro-Warden for Academic Affairs at Goldsmiths College, University of London. Nirmala took her first degree in Economics at Delhi University in 1979, MA from Jawaharlal Nehru University, New Delhi, and PhD from the University of London. She has published extensively in the field of urban politics and some of her books include Reshaping City Governance; Cities in Transition; Governing London; and Transforming Local Political Leadership. Nirmala has extensive experience of public service and served as an advisor to a range of bodies including the UK Audit Commission and the Office of the Deputy Prime Minister (ODPM). For a number of years she was a lay member of the General Council of the Bar, a non-executive director of Ealing Hospital NHS Trust and member of the Architects Registration Board. She is currently a member of Governing Body of Trinity Laban Conservatoire of Music and Dance and a Trustee of United World Schools. Nirmala was elected Fellow of the Academy of Social Sciences in 2003 and awarded an OBE for services to scholarship in 2011.