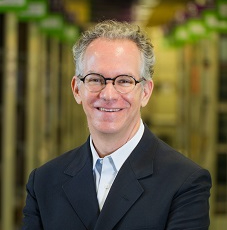 Marcelo Knobel was the 12th Rector of the University of Campinas (Unicamp), in Brazil, where he is a Full Professor of Physics. He held other leadership roles, including: Executive Director of the Unicamp Exploratory Science Museum, Vice-Rector for Undergraduate Programs, Vice-President of the Brazilian Physics Society and Executive Director of the Brazilian Nanotechnology National Laboratory (LNNano). Knobel has already published more than 250 scientific papers, in addition to numerous opinion pieces in both national and international newspapers and magazines. He is the editor-in-chief of the Journal of Magnetism and Magnetic Materials (Elsevier). Knobel is an Eisenhower Fellow (2007), Fellow of the John Simon Guggenheim Memorial Foundation (2009) and Lemann Fellow (2015). He is Member (elect) of the Governing Council of the Magna Charta Observatory.