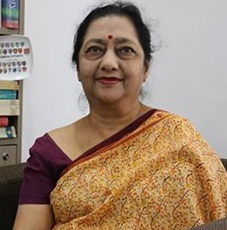 Malabika Sarkar is professor of English and vice-chancellor. She was the first vice-chancellor of Presidency University, and was earlier professor and head of department of English at Jadavpur University. Malabika’s field of academic interest is early modern literature and the history of science. Primarily a Miltonist, her publications include her book Cosmos and Character in Paradise Lost (2012) and numerous book chapters on Milton including her contribution to Blackwell’s New Companion to Milton (2016). Her articles on Milton have appeared in peer reviewed journals such as Milton Quarterly. Other publications relating to her interest in science, magic and alchemy include articles on the poetry of John Donne and her article on the Magic of Shakespeare’s Sonnets which was re-published in Shakespeare Criticism Yearbook 1998. Her other area of interest is romantic literature. She has published Moneta’s Veil: Essays on the Nineteenth Century (2009) as well as numerous articles and book chapters on Romantic poetry. Her recent book chapter on the poetry of Yeats and Kipling appeared in a multiauthor volume published by Routledge in 2019. She is on the international advisory board of the European Romantic Review. Malabika completed her master’s at University of Cambridge. She was a visiting fellow, and is now elected life member of Clare Hall College, Cambridge. She is also an invited Fellow of the English Association, UK.