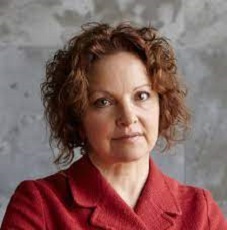 Prof. Lippiello is a full professor of Classical Chinese Language, History of Philosophy and Religion in China in the Department of Asian and North African Studies. Since 2014, she has served as Vice Rector in charge of relations with Asia (2014-2017) and International Relations (2017-2020).
She has also held the positions of Director of the Department of Asian and North African Studies from 2011 to 2014 and Director of the Department of Eastern Asian Studies from 2009 to 2011.
She served as a member of the Academic Senate from 2006 to 2009 and of the Venice International University  Board of Directors from 2006 to 2011, since 2015 she also coordinates the Double Degree in Chinese studies (LICSAAM) with the Capital Normal University Beijing, as well as the Double Degree in Teaching Chinese as a Foreign Language with the same University.  She also supervises the RobinBA project called “The role of books in non-bibliometric areas” and oversees one of the three joint research projects Ca’ Foscari has undertaken in partnership with Soochow University and with the coordination of Ca’ Foscari’s Suzhou Office.