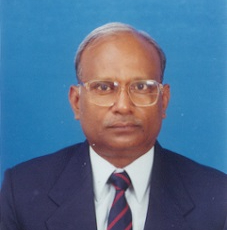 Kripa Shanker, former Vice Chancellor, Uttar Pradesh Technical University (later re-designated as Gautam Buddh Technical University) Lucknow and former Deputy Director, IIT Knapur is Gold Medalist for standing first in B.Sc. Mechanical Engg. from Banaras Hindu University. He obtained his M.Tech. in Mechanical Engineering from IIT Kanpur, and M.S. and Ph.D. in Operations Research and Industrial Engineering from Cornell University, USA. His main areas of teaching and research include production/operations management, supply chain management, quantitative and statistical decision models, computer integrated/flexible manufacturing systems, cellular manufacturing, and simulation. He joined IIT Kanpur as a faculty member in the Industrial and Management Engineering Department in 1978 where he has been serving as a Professor since 1987. He had been a visiting Professor at the Asian Institute of Technology Bangkok from 1982-84, and again from 1998-2000. He has also taught at Cornell, USA; Hanoi, Vietnam and Babol, Iran. He has received several scholastic awards and prizes for his studentship and also for his professional accomplishments. Apart from being recipient of Gold Medal in Mechanical Engineering at BHU, he has also been recipient of National Merit Scholarship and Government of India Scholarship for Studies Abroad. He has received Gold Medal for Best Paper on Robotics. He has been awarded ISTE National Award for Outstanding Academic, 2001, and Distinguished Alumunus Award from BHU in 2007. He has received several times certificate of appreciation as Best Teacher at IIT Kanpur and AIT Bangkok and Hanoi. He has supervised over 120 Masters and 15 Doctoral theses. He has published more than hundred papers in international journals and conference proceedings. He has been associated with more than a dozen sponsored projects in the field of CAM, CIMS and FMS from various sponsoring agencies. He has organized several continuing education courses for engineering college teachers, and engineers and managers from industry on a wide range of topics. He is associated with many professional bodies which include Operations Research Society of America, Operations Research Society of India, Institute of Industrial Engineers (IIE) (Sr. Member), Fellow of Indian National Academy Engineering, Institution of Engineers (India), Fellow (Life Member), Indian Institution of Industrial Engineering, Indian Society for Technical Education (Life Member). He is reviewer of several international journals in the areas manufacturing system, production and operations management. During the last 30 years at IIT/K as a faculty, he has held various positions like founder and Head for several years of Office Automation, Warden, Head of Department (two terms), Head Counselling Service, Dean of Students Affairs etc. At the national level, his participation include as Member, CII National Committee; Chairman, Institution of Engineers (India) Kanpur Local Centre; Member, AICTE Board of Management Studies and National Broad of Accreditation of Management Institutions; Member of Board of Governors of several institutions including NITs, and Chairman Board of Apprentice and Training (Northern Region),  His major professional/administrative achievements with national impact include his initiating at IIT Kanpur, teaching and research in the field of manufacturing systems management, supply chain and logistical management, office automation, and starting a 2-year MBA programme. He has been part of several missions of Government of India abroad as well as India.  He has been the Deputy Director of IIT Kanpur for the two consecutive terms (2002-05-08) prior to joining UPTU as its Vice-Chancellor (July 2009 – September 2012).