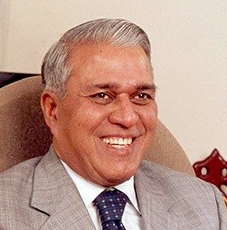 Prof. Aggarwal, Chairman, National Board of Accreditation secured First position both at UG and PG Engineering Degrees. After his Ph.D in 1975, he rose to the level of Professor at an age of 27+ years. . After a distinguished  career at NIT, Kurukshetra and a term as  Pro Vice-Chancellor, GJU, Hisar,  Prof. Aggarwal served as Founder Vice Chancellor of GGS Indraprastha University, Delhi for a period of 10 years.

He has been President of the Institution of Electronics and Telecommunication Engineers, President, Computer Society of India and President of South East Asia Regional Computer Confederation (SEARCC). He is also the Academy Professorof AcSIR of CSIR.

Prof. Aggarwal has published about 400 papers in the reputed journals – more than 150 of these in international journals.   He has delivered lectures in several Universities/ Industrial Organizations in India and abroad. He has been widely consulted by the industry, most-notable being his contribution towards the Reliability Analysis for PSLV (Polar Satellite Launch Vehicle).

Prof. Aggarwal was declared as the Man of the Millennium by American Bibliographical Institute, USA and was conferred LifeTime Achievement Award by the Institution of Electronics and Tele-Communication Engineers, India as also by Computer Society of India.  International Biographical Centre, England has published his biography in “The First Five Hundred – at the new millennium”.