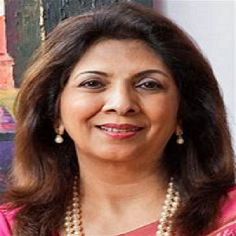 Dr Indu Shahani was appointed as Sheriff of Mumbai in 2008 and the one year term was extended to an additional term in 2009. Dr Shahani was also the first Indian to be appointed Vice-Chair on the Board of Governors of the International Baccalaureate and has over a decade of experience with IB worldwide 2001 – 2010. Dr Indu Shahani has been nominated on leading boards of large national and global companies that has provided an impetus for ‘academia-industry collaborations’ the subject of her PhD from the University of Mumbai. She was awarded Honorary Doctorate of Letters Degree by the University of Westminister in London on November 16, 2009. As a tribute to Dr Shahani, the University has instituted Sheriff of Mumbai Scholarships for women from Mumbai to study a Master’s programme in the year 2009 and 2010 in London. Dr Shahani is the Visiting Faculty Member at the UC Berkeley, NYU Stern, USA and she is a lead speaker in various conferences India and abroad. She has also developed many linkages for students and faculty exchanges with leading universities in the USA, UK, Europe, South Africa, Singapore, Australia and New Zealand. Dr Shahani has received many awards, prominent among them are “Women of the Decade Achiever’s Award” by ASSOCHAM; “Citizen of Mumbai Award” by Rotary Club of Bombay and “Excellence in Education Award” by the FICCI FLO.