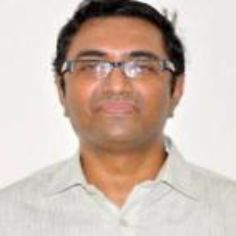 Prof. (Dr.) Indranath Gupta is a Professor at the Jindal Global Law School, Dean of Research & Controller of Examinations at OPJGU. He is Co-Director of JIRICO and Senior Fellow at the Jindal Institute of Behavioural Sciences (JIBS).

Indranath was previously appointed as the research collaborator by the Università Bocconi, Milan, Italy, for a project funded by the European Commission under the 7th Framework Programme. He has contributed towards teaching at the Brunel Law School of Brunel University during this Ph.D. and has been involved in a funded project on informational privacy. Indranath holds a Ph.D. from Brunel University, London, and two LL.M. degrees (taught and research) from the University of Aberdeen, UK, and the University of East Anglia, UK. His Ph.D. looked at the transnational influence of the US Supreme Court’s judgement in the Feist case in the framing of the Database Directive in the European Union.