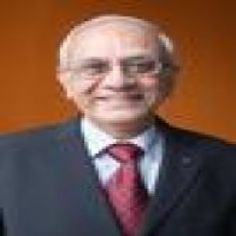 Goolam Mohamedbhai, who originates from Mauritius, did his undergraduate and postgraduate studies in Civil Engineering at the University of Manchester, UK, and later his postdoctoral research at the University of California, Berkeley. He joined the University of Mauritius in 1972 and served as its Vice-Chancellor from 1995 to 2005. He was Secretary-General of the Association of African Universities, President of the International Association of Universities, and a member and Vice-Chair of the governing Council of the United Nations University. He is the recipient of several honorary doctorates and awards.

Mohamedbhai operates as an independent consultant in higher education, with special interest in Africa.  He is currently the Chair of the Consultative Advisory Group of the World Bank’s PASET project. He is also a member of the Regional Steering Committee of the World Bank’s Project on African Centres of Excellence for Eastern and Southern Africa, the Council of the Mauritius Academy of Science and Technology and the Board of the University World News (Africa). He is also Honorary Adviser to the Commonwealth of Learning.