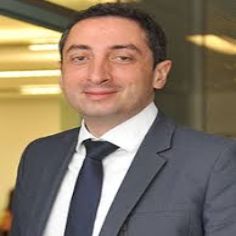 President Yahchouchi is known for his commitment to excellence in Higher Education and expertise in academic leadership given his vast educational background and exposure to multicultural environments during his educational and professional paths. He received his M.Sc. and Ph.D. in Business Administration from Montesquieu Bordeaux University – France in 2004 and earned a Post-graduate Certificate in Learning and Teaching in Higher Education from the University of Chester – UK in 2013.

Georges Yahchouchi secured grants of more than 2 million euros from the European Union, in two Erasmus+ capacity-building projects for higher education in Lebanon. Among these projects, the Professional Standards Framework for Excellence in Teaching and Learning in Lebanese Universities E-TALEB, is considered as role model across the projects funded by the Erasmus+ Program of the European Union in 2018.

He served as member of the AACSB Middle East and North Africa Advisory Council (MENAAC) for the year 2018-2019, elected Chair of the Quality Assurance Committee at the Universities Association of Lebanon for 2 consecutive mandates from 2014 until 2019 and as member of the National Taskforce for the Development of Governance in Higher Education Institutions in 2012.