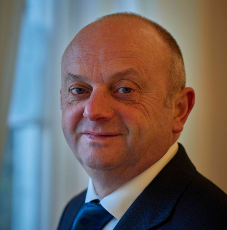 Beyond the University, Professor Peck is a Trustee of the UK Universities and Colleges Employers Association (UCEA), Deputy Chair of the UK Universities and Colleges Admissions Service (UCAS) and an elected member of the Board of Universities UK. He was the sole Vice-Chancellor on the recent UK Government’s major Post-18 Fees and Funding Review. He is regularly invited to speak internationally on the role of universities in society, and the links between apprenticeships, further and higher education and employability.

He is a Fellow of the Academy of Social Sciences and was made a Commander of the British Empire (CBE) in the 2021 Queen’s New Year Honours List for Services to Higher Education.