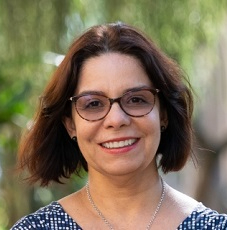 Denise P. Carvalho is a Full Professor in Endocrine Physiology at the Federal University of Rio de Janeiro. She has been elected the President of the Latin American Thyroid Society (2015-2017), the past President of the Brazilian Thyroid Department of the Brazilian Endocrine Society (2004-2006), and the past Director of Carlos Chagas Filho Institute of Biophysics (2010-2013). She was an undergraduate and a graduate student of the Federal University of Rio de Janeiro where she earned a M.D. in medicine in 1987, a M.Sc. in biophysics in 1989, and a Ph.D. in sciences in 1994. She was a postdoctoral fellow in thyroid biochemistry in Paris (Thyroid Unity at Bicetre Hospital, INSERM) in 1995, and in thyroid molecular biology in Naples (Università Federico II) in 2006.