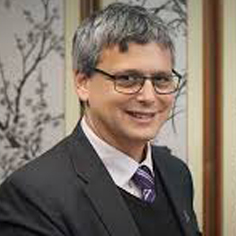 Professor Picker is the Executive Dean of the Faculty of Law, Humanities and the Arts, at the University of Wollongong.  Previously, Professor Picker was the Dean of Law within the faculty and prior to that was at UNSW Law, serving in many capacities including as Associate Dean (International); Director (and founder) of the China International Business and Economic Law (CIBEL) Initiative; and Director of the IBEL Stream of the LLM.

Professor Picker was a founder of the Society of International Economic Law (the SIEL), the only global academic organization for international economic law. Professor Picker served as Founding Executive Vice President of the organization from its founding in 2007 to 2014. During and even since that time, he has facilitated and lead the creation of numerous regional networks for the field, including the Asian IEL Network, RED Latin America, the African IEL Network, and most recently the South Asia IEL Network. Professor Picker has likewise served as a leader in his other research field of comparative law. In addition to being a co-author of one of the main textbooks for the field, he was responsible for the creation of the Younger Comparatists Committee (“YCC”) – now the primary global body working with new and young law comparatists. The YCC annual conference is the world’s preeminent conference for those scholars.

Professor Picker has also published widely in the areas of IEL, International Law, China and IEL, and Comparative Law. His numerous publications have appeared in leading publishers and journals around the world, including in the Yale Journal of International Law, many Oxford and Cambridge University Press books and so on. He has taught and presented his work on every inhabited continent.