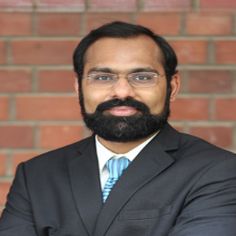 Professor (Dr.) Ashish Bharadwaj is the Dean of Jindal School of Banking & Finance, and Executive Director of the Office of Rankings, Benchmarking & Institutional Transformation (ORBIT) at O.P. Jindal Global University. He has been recognised as an Erasmus Mundus Scholar by the European Commission, as a Max Planck Fellow by the German Federal Government’s Max Planck Society, and as a Thomas Edison Innovation Fellow by George Mason University, USA. Dr Bharadwaj is an affiliated faculty at the Maurer School of Law, Indiana University Bloomington (USA) and a visiting faculty at Institute for Innovation Research, Hitotsubashi University, Tokyo (Japan). Dr Bharadwaj is a Founding Director of Jindal Initiative on Research on Intellectual Property & Competition (JIRICO), which is the largest think-tank focussing on technology innovation in an Indian university. He has more than 70 publications as peer-reviewed journal articles, manuscripts, edited books and op-eds in leading newspapers. Three of his books on technology innovation have collectively been downloaded more than 190,000 times in the last two years. He holds a B.A. (Hons.) Economics from Delhi University; M.Sc. Economics from College of Engineering (CEG), Anna University; LL.M. from Erasmus University Rotterdam (Netherlands) and University of Manchester (UK); and a Ph.D. Business & Economics from the University of Munich (Germany).