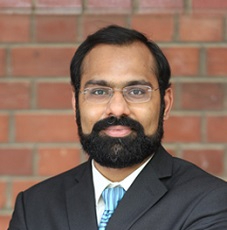 Professor (Dr) Ashish Bharadwaj serves as the Dean of the Jindal School of Banking & Finance, which was established in 2018. Professor Bharadwaj also serves as Executive Director of the University Office for Rankings, Benchmarking and Institutional Transformation (ORBIT). He is also Founding Director of Jindal Initiative on Research on Intellectual Property and Competition (JIRICO), which is the largest academic think-tank within an university in India that focuses on technology innovation, market competition and patents for shared prosperity of society. Professor Bharadwaj holds B.A. Honors degree in Economics from the University of Delhi and M.Sc. Economics from Madras School of Economics, College of Engineering, Anna University in India. As a holder of European Commission’s Erasmus Mundus Scholarship, he pursued a second Masters degree in Law and Economics from the Erasmus University Rotterdam (Netherlands), University of Hamburg (Germany) and Manchester University (U.K.). He was awarded the Max Planck Society Doctoral Fellowship to pursue research at the prestigious Max Planck Institute for Innovation & Competition in Munich (Germany). He was subsequently awarded a Ph.D. by the Max Planck Institute and the Ludwig Maximilians University of Munich (LMU). In the past, Professor Bharadwaj has worked at the Jindal Global Law School, Research Fellow at the Max Planck Institute for Innovation and Competition and as a Fellow at the Institute for Innovation Research and Technology Management in the University of Munich. He serves as an affiliated faculty at the Centre for Intellectual Property Research, Maurer School of Law at Indiana University Bloomington (USA) and as a Visiting Professor at the Institute of Innovation Research at Hitotsubashi University in Tokyo (Japan). Professor Bharadwaj writes on the role of technology innovation, intellectual property (IP) and the interface of finance, law and new technology. He has more than 70 publications, including four books and articles in peer-reviewed journals including in the Journal of World Intellectual Property, Queen Mary Journal of Intellectual Property, Capital University Law Review, John Marshall Review of Intellectual Property, Journal of Intellectual Property Law and Practice, European Intellectual Property Review and Jindal Global Law Review. Two of his books on technology innovation and patents that were published by Springer Singapore have collectively been downloaded more than 135,000 times since 2018. His invited opinions have been published in leading newspapers including The Guardian, Economic Times, Business Standard, Financial Express, The Hindu and Hindustan Times. Professor Bharadwaj’s book on ‘Multi-dimensional Approaches Towards New Technology’ is part of Springer International’s top ten new books in law in 2018 and Rank 3 in the ten most downloaded new books in law in 2018 internationally. One of his articles titled ‘Failure is Not Falling Down But Refusing to Get Up: Implication of Huawei/ ZTE Framework (CJEU 2015)’ published in John Marshall Review of Intellectual Property (2018) has been cited in a crucial European Parliament document on Standard Essential Patents and Internet of Things (IoT). The document was requested by the European Parliament’s Committee on Legal Affairs and commissioned, overseen and published by the Policy Department for Citizens’ Rights and Constitutional Affairs. For research projects, Professor Bharadwaj has collaborated with six top ranked universities, two of the biggest technology companies in the world, four leading multilateral organizations and nine national government departments to contribute towards national IP policymaking, strengthening of national innovation systems, licensing of standard-essential patents on FRAND terms and several issues at the interface of law and economics.