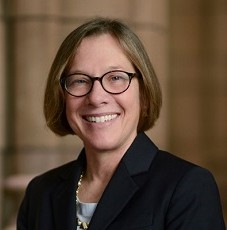 Dr. Cudd previously served as Boston University’s Dean of the College and Graduate School of Arts and Sciences, which is the institution’s largest college. Prior to joining Boston University in 2015, she served for 25 years at the University of Kansas, where she earned the title of University Distinguished Professor of Philosophy. At the University of Kansas, Dr. Cudd held various positions of increasing responsibility culminating in the position of Vice Provost and Dean of Undergraduate Studies, an inaugural role for that university.

Dr. Cudd is an accomplished teacher and scholar whose research explores themes of oppression, economic inequality, capitalism, and gender. Her philosophical interests—the focus of more than 50 books, articles, and chapters published under her name—span social and political philosophy, philosophy of economics, decision theory and feminist theory.