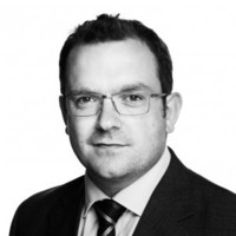 Having led the team behind the QS World University Rankings for over a decade, Ben Sowter has had the opportunity to become a leading expert on comparative performance in international higher education. He has the honour of leading the QS Intelligence Unit, a team of international enthusiasts who together have become a world-leading think-tank on the measurement and management of performance in universities. Since its establishment in 2008, QSIU has extended the rankings to five regions and over 40 subjects, as well as innovating in other dimensions. Additionally the unit not operates the QS Stars rating system, a variety of thought leadership reports on student and applicant behaviour, jobs and salary trends, performance of higher education systems, attractiveness of cities as student destinations and the performance of young universities.

Members of the team are frequently invited to international conferences as speakers and to visit institutions to explain the technicalities behind their work, or to draw on the unique data to provide a fresh perspective on trends and developments in international higher education. As the leading protagonist of this outreach over the years Ben Sowter has visited hundreds of universities and spoken in over 30 countries. In addition to his daily responsibilities, Mr. Ben Sowter was appointed to the Board of QS Quacquarelli Symonds Ltd in 2015.