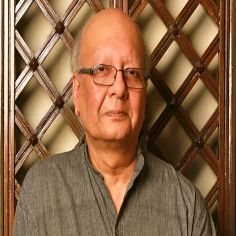 Amit was the Inaugural India Country Director for the University of New South Wales, Sydney for four years since 2016. Prior to that and following his retirement from the Indian diplomatic service, he was appointed the first Head of the Mumbai Campus of the prestigious business school, SP Jain School of Global Management, where he was not only the Administrative Head of Campus but also part of the School’s Faculty.

During his diplomatic career, which he joined in 1979, Amit served in various capacities in India and abroad, such as, Cairo, Brussels, Kathmandu, Berlin, Sydney and Manila. He was Ambassador to the Philippines, with concurrent accreditation to the Republics of Palau, the Marshall Islands, and Micronesia. A published author, Amit’s latest edited book is The Phoenix Rises: Lockdown Chronicles. He has a number of others books to his credit, the most recent ones being The House and other stories, Lessons from Ruslana: In Search of Transformative Thinking.

In 2013, the Multicultural Commission of the New South Wales government in Australia awarded him the gold medal in recognition of his contribution, during his tenure as the Indian Consul General, in promoting multiculturalism and harmony. He is a Distinguished Fellow of the Australia-India Institute and a Senior Fellow at the Society for Policy Studies.