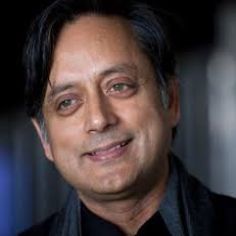 An author, politician, and former international civil servant, Shashi Tharoor straddles several worlds of experience. Currently a second-term Lok Sabha MP representing the Thiruvananthapuram constituency and Chairman of the Parliamentary Standing Committee on External Affairs, he has previously served as Minister of State for Human Resource Development and Minister of State for External Affairs in the Government of India. In his prior career at the United Nations, he served as a peacekeeper, refugee worker, and administrator at the highest levels, serving as Under-Secretary General during Kofi Annan’s leadership of the organisation. Dr. Tharoor is also an award-winning author of 15 works of both fiction as well as non-fiction.

In 2012 the King of Spain awarded him the Encomienda de la Real Order Espanola de Carlos III. Among numerous other awards are one for “New Age Politician of the Year” from NDTV, the Hakim Khan Sur Award for National Integration, and the Priyadarshini Award for Excellence in Diplomacy.

Prior to embarking on his political career, Shashi Tharoor also served on the Board of Overseers of the Fletcher School of Law and Diplomacy, the Board of Trustees of the Aspen Institute, and the Advisory Boards of the Indo-American Arts Council, the American India Foundation and the World Policy Journal.