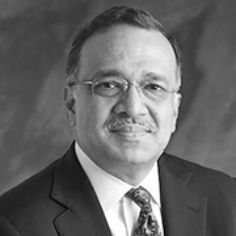 Pramath is a pioneering force in Indian education. He was the Founding Dean of the Indian School of Business (ISB) and laid the grounding for the school being ranked in the FT Top 20 Global B-Schools within six years of welcoming its first batch in 2001.

He is also the Founder & Trustee of Ashoka University, a world-class liberal arts university. Ashoka has built a strong reputation for academic excellence, innovative pedagogy and transformative learning outcomes.

He has been instrumental in setting up a wide spectrum of change-based higher education initiatives, including a management program for career-oriented women (Vedica), an entrepreneurship fellowship for the Himalayan region (Naropa), and a solution-focused design education for the built environment (AnantU). He has also played a critical role in the government’s National Rail & Transportation Institute, and advises several leading colleges and universities in India, including SRCC and IIT Gandhinagar.

For his many contributions, his alma mater, IIT Kanpur conferred the Distinguished Alumnus Award on him in 2018. He has also been a media entrepreneur, education consultant and management advisor at the 9.9 Group, which he founded, the CEO of the Ananda Bazar Patrika Group, and a Partner at McKinsey & Company.