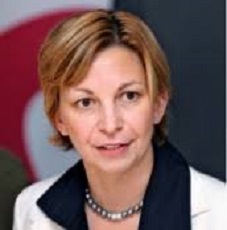 NINA ARNHOLD is a Lead Education Specialist for the South Asia Region (SAR) and Global Lead for Tertiary Education at The World Bank. She has worked for The World Bank since 2006, amongst others as Human Development Sector Coordinator for Central Europe and the Baltic States, and as Program Leader for Higher Education as well as task team leader for lending operations and Technical Assistance programs in the Middle East and North Africa as well as Europe. Before joining The World Bank, Dr. Arnhold has worked as a Senior Program Manager for the European University Association (EUA) in Brussels, Belgium, amongst others on Bologna reforms, quality assurance and higher education financing, as well as for the German Center for Higher Education (CHE) and the Boston Consulting Group. She holds a DPhil and a Master’s degree in Comparative and International Education from the University of Oxford, United Kingdom, and a Master’s degree from the TU Berlin, Germany. She has authored and co-authored books and reports on higher education and competitiveness.