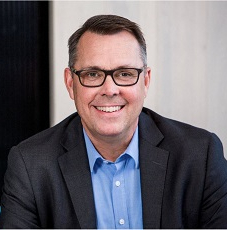 Professor John Dewar AO is the Vice-Chancellor and President of La Trobe University, a position he has held since January 2012.

Professor Dewar is a graduate of the University of Oxford, where he was also a Fellow of Hertford College from 1990-1995. He taught at the Universities of Lancaster and Warwick in the UK, and worked for the London law firms Allen & Overy and Farrer & Co.

Professor Dewar came to Australia in 1995, and held senior leadership positions at Griffith University and the University of Melbourne, where he was Provost, before taking up the position of Vice-Chancellor of La Trobe.

Professor Dewar is Chair of Universities Australia and a member of the AHEIA Executive Committee. He holds a number of other Directorships including The Olivia Newton-John Cancer Research Institute, The Committee for Melbourne, and the Foundation for Australian Studies in China. He is also a member of the University Foreign Interference Taskforce (UFIT), the University of Lincoln’s 21st Century Lab Higher Education Reference Group, and the Champions of Change Coalition.

He is an Honorary Fellow of Hertford College, Oxford, an Adjunct Professor in the Melbourne Law School and the La Trobe Law School, and a Visiting Professor at the Helena Kennedy Centre for International Justice at Sheffield Hallam University. Professor Dewar was made an Officer of the Order of Australian in the 2020 Australia Day Honours List in recognition of his distinguished service to education through leadership roles in the universities sector, and to professional organisations.

at the Melbourne Business School and Ormond College from 2010-2016. In 2014, he chaired the Legislation and Finance Working Group for the Federal Education Minister.