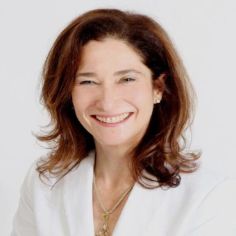 Dr Joanna Newman MBE FRSA is Chief Executive and Secretary General of the ACU. She joined the ACU in April 2017 and is responsible for fostering and promoting the aims of the ACU, as defined by its membership, in developing inter-Commonwealth relations in the field of higher education. Before joining the ACU, Joanna was the Vice-Principal (International) at King’s College London where she was responsible for all international matters for the university. In previous positions, Joanna represented the UK higher education sector as Director of the UK Higher Education International Unit (now known as Universities UK International) where she negotiated the UK’s role in Brazil’s Science without Borders mobility scheme, launched HE Global and initiated a number of international partnerships on behalf of the UK higher education sector. Before this, she was Head of Higher Education at the British Library where she commissioned the Google Generation report and was responsible for introducing researchers to one of the world’s greatest research libraries. Joanna is a Senior Research Fellow in the History Faculty at King’s and an Honorary Research Fellow at the University of Southampton and has taught history at University College London and the University of Warwick. In 2014, she was honoured as a Member of the Order of the British Empire (MBE) in recognition of her work promoting British higher education internationally.